Build your own synthetic user testing 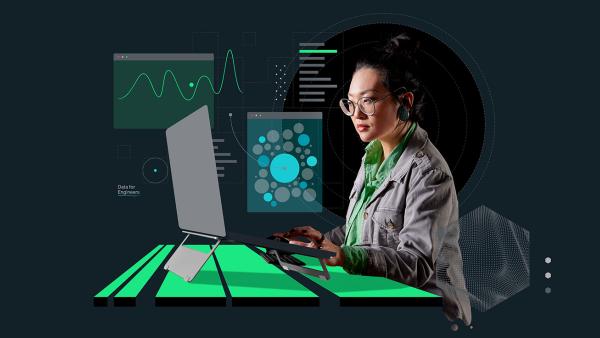 A resilient testing suite for your application includes unit tests, integration tests, acceptance tests, and more. All those tests go a long way in ensuring the reliability of your application and providing confidence when you deploy code changes. But there’s another kind of testing that’s important to add to your suite if you haven’t already: simulating the behavior of your users.

So, what does it mean to simulate the behavior of your users? Imagine you have an e-commerce platform. You want to be confident that a new refactor or feature you deploy works and is performant. You also want to make sure that you have anticipated all the ways your users will interact with your platform. Users of your applications often do things that you don’t want them to do, sometimes intentionally, but most often unintentionally. You want to know what those actions are, what kind of responses it produces, and to account for those responses in your application.

First, make sure you have Node.js, Chromedriver and Selenium installed on your machine. If you need help, here are the  installation instructions:

When you have the right libraries installed, you’re ready to go.

In this tutorial, you’ll build a synthetic monitoring test for a form on a website. The synthetics test will simulate how your users are behaving when they fill out and submit a form. A test like this is essential to ensure your website is working correctly and the form is meeting its specified requirements. Is the form working correctly? Does it allow the users to fill out each field and submit it?

Real users navigate to the form on your site in their browsers. A synthetics test also uses a headless browser such as Chromedriver, so you need to identify all the form elements that the browser will interact with.

1. With the Node.js implementation of Selenium, you can use the .findElement function on an instance of the webdriver and pass in an argument specifying how you want to find the element. For example, you can find an element by its CSS tag:

This finds an element with a CSS input tag, which will locate the input element of a form. Assuming you’re working with a single input form, that’s perfect.

Another option is to find the form with its xpath. Using the xpath you can grab all the elements of the form. This works well for a form that has more than one element:

Let’s continue with the example of a single input form. Just picture all the email signup forms you have encountered on the web. Maybe you’ve  added your own email signup form to your application and you need to make sure it works. You’ll also want to make sure it responds to incorrect inputs. Because you don’t want to manually test all the happy and unhappy paths in your user journey, you decide to build a synthetics test.

First, let’s review the entire test. Then we’ll break it down to its individual parts:

This example includes the Selenium Webdriver npm package and assign it to four distinct variables: Builder, By, Key, and until. You’ll use each one of those in your code.

2. After you’ve included the Selenium Webdriver npm package, you create an async function. There are several ways to handle asynchronous non-blocking programming in JavaScript, in this example you’ll use the async/await pattern, which waits for the results of the web interactions to resolve before moving to the next line of code.

This test clearly is working through the happy path of our signup form. What would some of the unhappy paths be? Here are just some possibilities:

In one click within the top-level navigation bar on New Relic, you can start creating numerous synthetic monitors that are fully managed for you.

Now that you have experienced and learned a bit how to create your own synthetic testing suite using Node.js, Selenium Webdriver, and Chromedriver, you can more fully appreciate what New Relic synthetics can do for you.

Whether you choose to use New Relic synthetic monitoring or build your own synthetic tests, incorporating a robust synthetic testing suite into your testing framework is essential for creating confidence in your code as you continue refactoring and introducing new features.

If you don’t already have New Relic, sign up for a free account to try out synthetic monitoring with your own applications.

Have any questions? Drop a note to the New Relic DevRel team at devrel@newrelic.com, or join us on Slack!